I lost someone once, someone really dear to my heart. I remember always saying I wanted to stop going for funerals because I had been to way too many! Aunties, uncles, friends, colleagues, you name it. Too many people die every day!

I remember the service of songs; they were the gloomiest 60 minutes of my life. Those songs gave you a taste of death. Sometimes, during the songs, I’d picture the dead person watching us with deep pain in their eyes knowing that they would never speak or hold their loved ones again. Consider me creepy but we all have our crazy imaginations. Often times, I couldn’t go to the bathroom alone after such experiences. For some weird reason, my mind would conjure up their faces and I basically had my very own horror movie playing in my head!

This experience was different; I never made the funeral, I never witnessed the service of songs, I never got to say good bye. The pain of my loss was so deep, I could hardly breathe. Many nights I laid in bed weeping with my hands holding my chest wishing I could rip it out. That way, the pain would have no hold on me. Getting out of my misery seemed impossible, how could I ever forget this level of regret and hate for the world? Surely my life had come to an end, I was alive but merely breathing. Nothing could console me, I had lost the one and only person that meant the most to me and that reality was one my heart could not accept.

Have you been there? Made choices that took everything from you? Dated someone who took your worth? Lost someone who you realized you did not want to live without? Well I am quite familiar with that place and it sucks! I never want to go back. Many months went by and I seemed stuck with no hope of release... but all that changed in one day. The day I made a choice to move on regardless of the darkness; I chose to see a light ahead, though quite dim, I followed it. The light led me out of the lost, gloomy cave; my broken heart and spirit received healing. 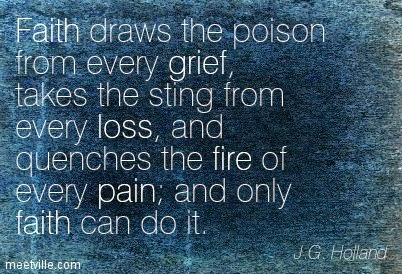 Picking up the pieces of my mind was not easy but I did not bother trying with my own strength, I placed my belief in something much greater than my whole life and that is how I got out. A year after, I look back and I am indeed thankful. Death does not occur only when we breathe our last breath, it happens to the best of us if we let it.

The choice is yours.
Posted by tammydee at 05:49

tammydee
Formed by Him, Influenced by reality, Living by Choice